Why You Probably Won’t Get Your Day in Court

So, it looks like your divorce is imminent and your first thought is “I need to find an aggressive attorney to represent my interests in court.” That is a fairly typical initial thought and one that can get you into a lot of financial trouble.

95% of Divorces Settle Out of Court

First of all, only around 5% of divorces are finalized at trial. You can spend a small fortune going through the process leading up to trial and end up settling in a court-mandated mediation session anyway.

Take my former client Jane, for instance. Jane came to me in hopes of pursuing a cooperative divorce with her husband, John. They have two young children together and she wanted to ensure they were able to maintain a decent relationship so that they could continue to co-parent effectively after the divorce.

Jane and John’s financial situation was not particularly difficult. They owned a couple of homes, John had retirement assets, and there was an inheritance from Jane’s parents. And interestingly enough, they seemed to know what their priorities were. Jane wanted one of the family homes for continuity with their children and the inheritance. John wanted to retain as much of his retirement assets as possible particularly his pension.

Jane had given up her career aspirations ten years earlier to raise their children and was now worried about not having an income while she completed her education. They were both prepared to consider spousal maintenance for a couple of years along with child support in order to help Jane become independent.

They collected all the necessary data and documents and began working towards an equitable settlement. Everything was looking good. Both parties were on track to get their needs and priorities met. Now John was going to have to give up a small percentage of his retirement assets in order to create an equitable division, but his coveted pension would not need to be touched.

And here’s where it all went wrong. John had a friend, who knew a friend, who had hired an aggressive litigation attorney and had allegedly gone to trial in order to protect his retirement savings from his ex spouse. John was intrigued. Not recognizing that his situation might be different, he decided to hire the same attorney and get his day in court as well.

Whether it was the threat of losing precious assets that caused John to seek out a more aggressive posture or the allure of retaining assets, John was willing to spend a considerable amount of his wealth to this end. In fact, over an eight-month period, he ended up spending nearly as much as he was attempting to protect from Jane.

What is it that causes good people to go to great lengths in order to keep their spouse from benefiting?

While the obvious answer may be anger, it is important to understand that anger is a symptom rather than a primary feeling. It’s a facade we use to protect our soft underbelly of feelings. Underlying anger there are typically deeper feelings of hurt, fear, humiliation, loss, abandonment, or powerlessness.

It is not uncommon for a spouse, particularly the one who did not initiate the divorce, to take a more aggressive posture with the underlying intent of inflicting countermeasures in pain and regaining a feeling of control. It is most often not about the actual money at all.

As you might imagine, John did not end up getting his day in court. Based on the amount of money it cost to hire attorneys and go through the traditional divorce process, one might think he had earned his day in court. But what John did not know was that it is a standard procedure for the court to mandate a pre-trial mediation session, which is where the majority of contested divorces end up being settled.

After more than $50,000 in attorney fees and 11-hours of mediation, Jane and John successfully agreed to a final settlement. Ironically, their mediated settlement ended up being almost exactly the same as the settlement proposal they had been working toward when John decided to lawyer up. And John ended up giving Jane that same small percentage of his retirement assets that he had fought so hard to protect.

Moral of this story?

Don’t spend tens of thousands of dollars attempting to get your day in court, only to be forced to settle out of court, which could have been accomplished at a fraction of the cost had you pursued that in the first place.

To learn more about the psychology of divorce access this informative article by Dr. Donald Soposnek: https://www.mediate.com/articles/saporo.cfm

At Integrity Divorce Solutions, our mission is to create a more efficient, affordable, and amicable divorce process. If you or a spouse are struggling with whether or not you “need your day in court” and would like to better understand the divorce process and your options, contact us today for a free consultation.

Guiding you through all financial aspects of your divorce, providing mediation for divorce and legal separation, and offering post-divorce financial services to save you money in legal fees and safeguard your financial future. 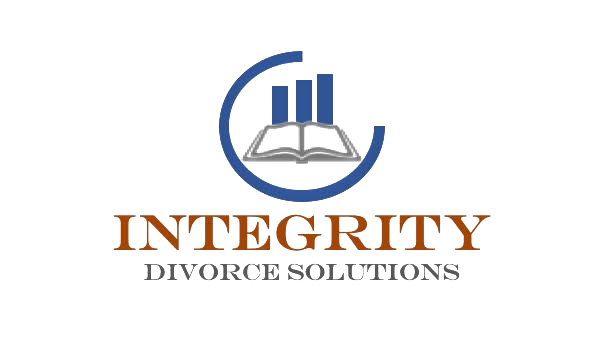